The One Kitchen Item Tabitha Brown Wants You to Get


Many people are hesitant about buying new kitchen gadgets, and for good reason. What if it’s just another thing that ends up just sitting, unused, on the countertop (until being relegated to the bottom cabinet with the egg and muffin maker)? A food processor, however, is not one of these items. Ask vegan chef and actress Tabitha Brown the one gadget she recommends everyone have in their kitchen, and she’ll tell you that “a food processor will save your life.” We know this because we hopped on a Zoom call with her ahead of the announcement that she would be lending her voice to a sleep story on Calm,  and we just had to ask her that very question. 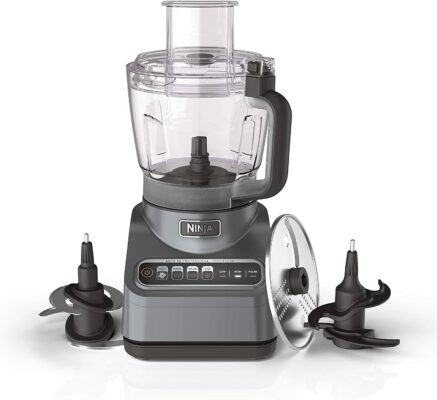 This bad boy is equipped with four pre-sets: chop, puree, dough, and disk (which you can use to make your very own shredded cheese!). It’s dishwasher safe, but thankfully for those of us who are dishwasher-less it is also easy to clean by hand. It can hold up to nine cups, and can make two pounds of dough in less than a minute. 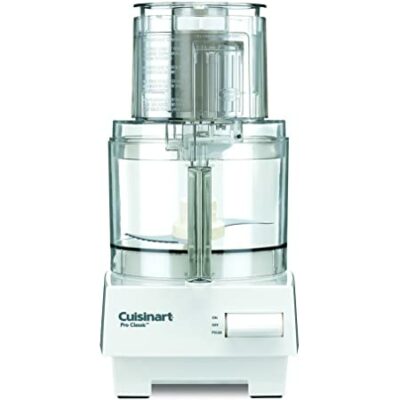 This processor has an “extra-large feed tube” which is not, to my disappointment, a way of getting food into your mouth. But it does mean that you can put whole fruits and veggies into it, which is also cool I guess. It also comes with two pushers to push said fruits and veggies down into the processor safely, plus a cookbook full of recipes. 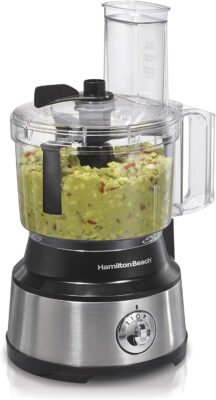 This one has a “large feed shoot” which is, like the tube, not a method of transporting food from point A to point my mouth. It also has an attachment that scrapes the bowl as the processor is running, so you don’t have to stop it sporadically to scrape it with a spatula. 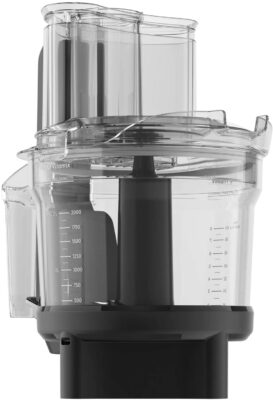 If you want to buy a food processor, are generally into saving space, and/or already have a Vitamix blender , this processor could be the one for you. It works with the U.S. and Canada models of the brand’s Ascent and Venturist motor bases, and it doesn’t come with a base so it doesn’t add another heavy, bulky cube to you countertop. 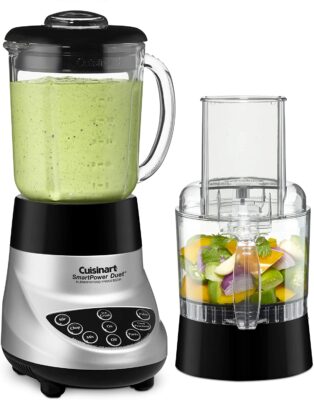 This one is for people who could use a new blender in addition to a food processor.  It’s smaller than the others, only holding three cups, but holds its own when it comes to wattage. It has seven speeds, including one to crush ice (which is objectively the most delicious form of ice).

While it’s the most expensive option on this list, it comes with a lot of nifty functions that you don’t get with some of the other ones. One such feature is it has both a small and a large feed chute; we’ve already established what a large feed chute is good for, but the benefit of also having a small one is that it’s easier to keep thin items, like carrots and celery, from falling over sideways once they hit the end of the chute. It also boasts a 1,200 watt motor—which is almost three times that of the Hamilton Beach one—and eight different disks and blades, one of which can be set to 24 difference sizes of slices.

For more healthy recipes and cooking ideas from our community, join Well+Good’s Cook With Us Facebook group.

Our editors independently select these products. Making a purchase through our links may earn Well+Good a commission.

10 Tips for maintaining your lost weight!

Dieting doesn't mean your food has to be tasteless!

Check out our wonderful recipes